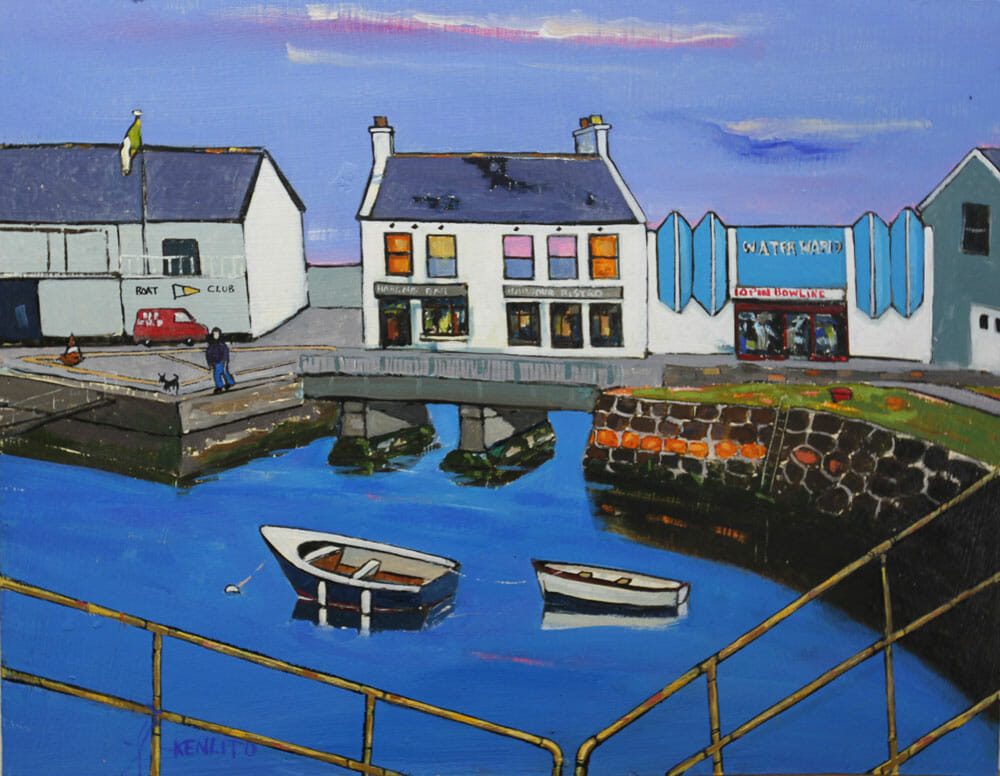 Ken’s first solo exhibition was hosted in the Lodge Hotel, Coleraine, around 20 years ago and was both an artistic and commercial success.

Kenlito has continued to develop as an artist and has built an enviable reputation as a colourist and celebrant of local life.

His work features in private and public collections arund the world yet remains very affordable as Ken paints because he has to rather than for financial gain.

Ken has  now retired from his professional career, and is concentrating on the good things in life including his painting.